The suspicions of Mr. Whicher : a shocking murder and the undoing of a great Victorian detective. Kate Summerscale.

Like history biography, this title has a bibliography, index, maps, photos and chapter notes accompanying the body of the text. The book is set in Victorian times around the murder of a small child. However, the interest in the book is as great about the use of a ‘detective’, a recent addition to the newly founded Scotland Yard. The detective in question, was one of the first officers hired and he is viewed as the basis and inspiration for what was to become the murder mystery fiction genre.

The author explains the literary style in her preface as that based on a country-house murder mystery. It is presented in this style but it is very well researched investigation, bordering academic in its tone with scarce dialogue. Thorough in its use of descriptions of all elements of the case and society for example the types of carriages used.

Did she kill him? : a Victorian tale of deception, adultery and arsenic. Kate Colquhoun.

Another Victorian true crime investigation including the trial of a woman accused of murdering her husband. This title would easily cross into history as a category as well as true crime. It has been written in a third person point of view narrative using multiple points of view. Notes and the use of italics to flag when primary records reveal the research used to write the story. 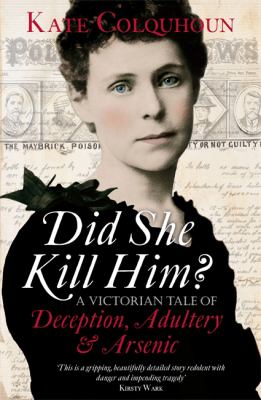 “The sensational murder trial of Florence Maybrick that gripped Victorian society. In the summer of 1889, young Southern belle Florence Maybrick stood trial for the alleged arsenic poisoning of her much older husband, Liverpool cotton merchant James Maybrick.‘The Maybrick Mystery’ had all the makings of a sensation: a pretty, flirtatious young girl; resentful, gossiping servants; rumours of gambling and debt; and torrid mutual infidelity. The case cracked the varnish of Victorian respectability, shocking and exciting the public in equal measure as they clambered to read the latest revelations of Florence’s past and glimpse her likeness in Madame Tussaud’s. Florence’s fate was fiercely debated in the courtroom, on the front pages of the newspapers and in parlours and backyards across the country. Did she poison her husband? Was her previous infidelity proof of murderous intentions? Was James’ own habit of self-medicating to blame for his demise?” (http://www.thecrimevault.com/ebooks/did-she-kill-him-a-victorian-tale-of-deception-adultery-and-arsenic/)

A new book only released in August this year, The Squad is a true crime book is an account of the Australia the Middle Eastern Organised Crime Squad (MEOCS). The book starts its account with a defining incident and goes into the inner workings of the squad to fight crime. The author has conducted many interviews as well as access to court files, coronial papers, as well as primary accounts by witnesses with secondary sources collaborating her research. The author being a journalist writes in an easy to access style of language and narrative.

Tokyo vice : an American reporter on the police beat in Japan. Jake Adelstein.

This title has an almost memoir angle to it being the experiences the author, a journalist has with his time working a crime beat in Japan and the encounters with police and criminals. It is written in first person with a lot of dialogue. A high narrative it reads like an action fiction story with the tension remaining until the last page. 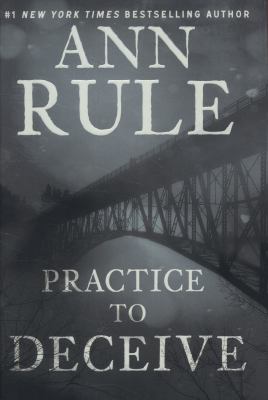 One of the key authors of this sub-genre with many titles to choose from. One of her more famous titles is about her interactions with Ted Bundy. Others, like this title are investigations and accounts of particular crimes. A cast of characters including relationships is provided to assist the reader to understand who is who. The style of book is a very easy to read, high narrative true crime story.

Another aspect to true crime. This title starts with piracy in early history and looks all the way to modern day piracy. There is a concentration of focus on the seventeenth century ‘Golden Age’ of piracy. The use of journals and diaries as well as the provision of index, notes for references and further reading all reflect this is a true crime book even though it reads like an adventure. This book could be placed in history as it discusses the myths surrounding piracy versus the reality.

“If you think pirating is about hoisting the skull and crossbones, swigging from bottles o’rum, and making lily-livers walk the plank, prolific history author Konstam is here to correct those romantic notions with a far less glamorous, but no less interesting, high seas history. The “”golden age”” of piracy, upon which most pirate lore is based, lasted only a quarter of a century, from 1700-1725, but the practice has been around as long as seamanship-often masquerading as naval heroism. Konstam includes Cretans, Viking sea raiders, French corsairs and even Sir Francis Drake in his rogues’ gallery. The lives of most pirates were mostly Hobbesian: nasty, brutish and short. Indeed, the most notorious-Charles Vane, Calico Jack Rackham, and Edward “”Blackbeard”” Teach-usually ended up with their heads in a noose or on a pike, though escapes weren’t unknown: two female pirates, Mary Read and Ann Bonny, got pregnant to avoid death sentences. Modern pirates still lurk off the coasts of Indonesia, Africa and South America, employing automatic weapons and speedboats in place of cutlasses and frigates. Though it may take some of the wind out of their favorite Hollywood scallywag’s sails, this engaging, comprehensive account of one of the world’s oldest profession should fascinate pirate-lubbers.” Publishers Weekly (http://www.publishersweekly.com/978-1-84603-240-0)